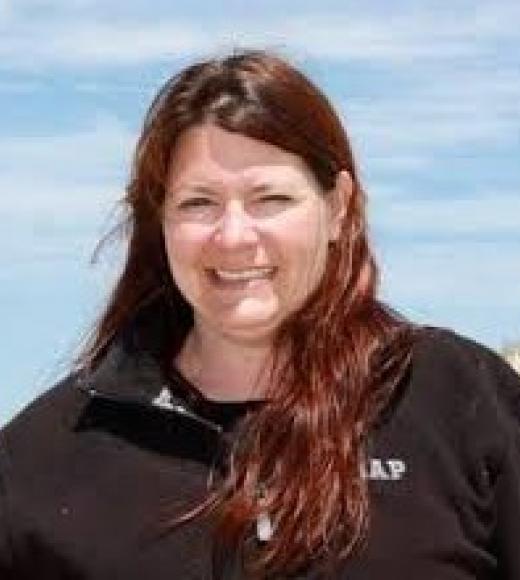 Before joining UC Davis in April 2018, Sarah was Director of Institutional Advancement at Rocky Mountain Biological Lab, after 25 years at sea level researching, teaching, fundraising, and communicating with the public. She received her B.S. in Marine Science and a Ph.D. in Chemical Oceanography from Texas A&M University - Galveston. From 2003-2016 she was the Executive Director of the University of Massachusetts-Boston Nantucket Field Station, a biological field station on Nantucket Island. Her research focuses on climate change, carbon transport and harbor processes. After 9-11, she mapped the chemical signature of the World Trade Center ash and tracked it in the Hudson River. She is an invited member and national board member of the Society of Women Geographers, and she has been on the boards of many civic and nonprofit groups. She served as president of the Organization of Biological Field Stations, a professional organization representing several hundred field stations across the globe, from 2014-2016.  Her nine years of service on the Nantucket Conservation Commission has been featured in Vanity Fair, Yankee Magazine, Cape Cod Times, ABC.com, CNN, the movie "Rising Tides", and many other news outlets.  She also is a science adviser for actor Mark Ruffalo, advising on topics such as climate change, fracking, and water quality monitoring for the non-profits he founded, Water Defense and The Solutions Project. She strongly feels that scientists should communicate with the public and provide education services to all ages, and that place-based learning is the best route to achieve that.